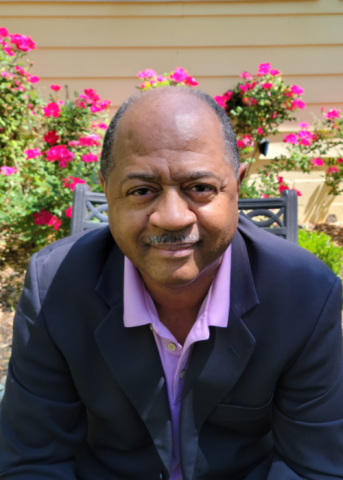 Michael H. Cottman is a Pulitzer Prize-winning journalist, former political reporter, award-winning author, and the Assistant to the Dean, Lecturer, and Professor of Political Reporting and Special Projects at Morgan State University's School of Global Journalism and Communications. Cottman is the former program Editor for NBCU Academy, journalism education and training initiative for NBCUniversal’s Diversity, Equity, and Inclusion team. Cottman’s decades-long career in journalism has garnered him numerous awards and earned him the reputation of being a respected writer on modern Black history and social movements. He wrote the first book for a major publisher, Million Man March (Penguin Random House), that chronicled the historic event in Washington, DC in 1995. Cottman has also covered social justice uprisings in Miami and New York, the shootings of unarmed Black men, and the eight-year tenure of former President Barack Obama. From tracing Black political lineage from the 1940s church of Rev. Adam Clayton Powell to the rise of current Vice President Kamala Harris, to his hands-on historical research scuba diving into the depths of the ocean to find the sunken slave ship, the Henrietta Maria, Cottman blends both current and historical perspectives to bring to life important political, racial, and social issues. He has appeared on national media outlets such as The Oprah Winfrey Show, NPR, CNN, and the History Channel. A sought-after speaker, Cottman has given talks at Great Britain's annual Slavery Remembrance Day, The Smithsonian Institution, NASA, and scores of museums, historical societies, aquatic associations, and colleges and universities around the world about his historical research, legislative and political opinions, and his hope and vision for the future of Black America.

In 2022, Michael Cottman was the only author with two books selected to receive The National Association of Black Journalists (NABJ) Outstanding Book Awards for Segregated Skies and Say Their Names.

Spirit Dive
Incorporating personal photos and stories, Cottman recounts his four-year, three-continent journey retracing the route of the Henrietta Maria slave ship, forming the basis of the research for his book, The Wreck of the Henrietta Marie, lauded by critics and earning him an interview on The Oprah Winfrey Show. Cottman delights audiences with his adventures scuba diving in ports of call in Jamaica, Barbados, and West Africa, and shares his own experience as a Black man coming to grips with slavery beneath the sea.

Segregated Skies
Based on his book of the same name, Cottman tells the largely untold story of David Harris, America's first Black pilot hired by a major commercial airline, and the overt racism he experienced during his 30-year career on his way to becoming a celebrated Captain for American Airlines. Cottman’s vivid observations of one man’s triumph in overcoming racial adversity in an industry dominated by bigotry during the tumultuous height of the 1960s Civil Rights Movement will uplift and inspire audiences.

The Politics of Race
It’s been 160 years since the Civil War yet race and politics continue to permeate every aspect of our lives: from education, jobs, and the workplace, to housing, federal policies, and health care. In this talk, Cottman examines how the COVID-19 crisis has brought to light a modern-day health-related Civil War, where some of the hardest-hit states battle for public health against a backdrop of racial restlessness and ideological clashes. He explains how politicians like Adam Clayton Powell, David Dinkins, and Former President Barack Obama have helped shaped American’s consciousness by speaking out about racial disparities that continue to divide us along racial lines, urging audiences to think about these essential questions: “Who will stand up for us? Who will champion our causes? Who will have the courage to speak our names?”

The Insidious Notion of Banning Books

In this timely and thought-provoking lecture, Cottman explores critical race theory and the dangerous movement to ban books about civil rights, slavery, and racial inequality. Through his books about the Black experience in America, Cottman advocates for publishing books about race and sharing these books with students in public schools across the country, making the persuasive argument that books about diversity, equity, and inclusion strengthens America and helps promote racial tolerance and cultural understanding.

Michael Cottman's speaking engagements are handled by the Hachette Speakers Bureau, a division of Hachette Book Group and an accredited member of the International Association of Speakers Bureaus. Contact us to learn more.