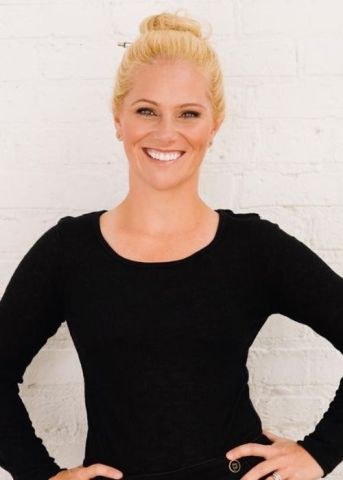 Kate T. Parker, a professional photographer with two young daughters, was fed up with the media’s prevailing imagery of girls as demure and overly feminine. “I wanted to show my girls that beauty isn’t about being a certain size, or having your hair done (or even brushed, in their cases), or wearing a fancy outfit. I wanted to combat the messages the media sends to women every day. I wanted my girls to know that being themselves is beautiful and that being beautiful is about being strong.” She began taking pictures of her own girls and their friends—not posed but being exactly who they are—and realized that the most resonant images were ones in which they were being their true, authentic selves: Fierce. Fearless. Messy. Confident. Wild. Silly. Joyful. Kind. Creative. Resilient. As the project grew, Parker photographed hundreds of girls from all over North America, culminating in her New York Times bestseller, Strong is the New Pretty. This striking and empowering collection captures a diverse group of young women and girls, showcasing the many different ways they are strong—inside and out—via Parker’s stunning photography and energetic prose.

Parker has since published several books that explore notions of femininity and masculinity as well as women in sports. A former collegiate soccer player and Ironman, she has collaborated with brands such as Disney, Athleta, Kellogg’s, and NBC. Strong is the New Pretty also inspired Parker to launch a philanthropic arm of her brand, partnering with organizations that invest in girls’ health and education, such as Girls on the Run, Girl Up, The Arthur Blank Family Foundation, Disney, Glam4Good, and The Bully Project.

Her work has been featured in O Magazine, Vogue, HuffPost, Redbook, New York Magazine, SELF Magazine, Vanity Fair Italy, and the Atlanta Journal-Constitution as well as on the Today show, ESPNW, CNN, Good Morning America, and BuzzFeed. She contributed to the ESPN documentary, 37 Words, which tells the story of the fight to pass Title IX, and she co-directed and produced Home Field, a short documentary about Soccer in the Streets, a youth soccer program for migrant and refugee youth outside of Atlanta. She has spoken at schools and youth organizations across the country as well as given talks to companies like Facebook, Instagram, Reebok, Kellogg’s, Google, and Qualcomm.

Strong Is the New Pretty: A Celebration of Girls Being Themselves

The Heart of a Boy: Defining Masculinity in a Broader Way

The Power of Being Your Authentic Self—and Owning It

Kate T. Parker – Good Housekeeping: I Didn’t Think Boys Needed to Hear a Message of Self-Acceptance. I Was So Wrong.

Kate T. Parker's speaking engagements are handled by the Hachette Speakers Bureau, a division of Hachette Book Group and an accredited member of the International Association of Speakers Bureaus. Contact us to learn more.