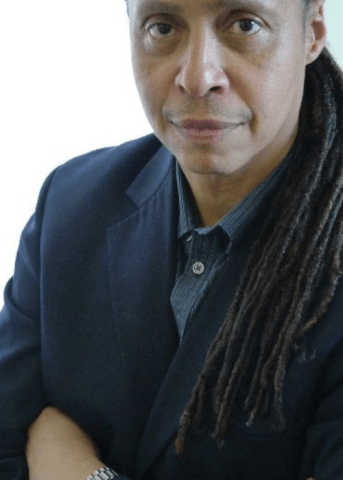 In 1968, fifteen-year-old Bronx honor student Jamal Joseph joined the Black Panthers. By the age of 16, he was in prison with the legendary Panther 21. While incarcerated for his active participation in the Black Panther Party, Joseph earned two college degrees and wrote five plays and two volumes of poetry. In the 1990s, Joseph began teaching at Columbia University—the very school he urged students to burn down during one of his most famous speeches as a Panther. He tells the remarkable story of his transformation in Panther Baby: A Life of Rebellion and Reinvention.

He went on to become a full professor and chair of Columbia University’s Graduate Film Division, and Executive Artistic Director and co-founder of Impact Repertory Theatre, an acclaimed youth performance company that has mentored thousands of Harlem teens. He has written and directed for television and was nominated for an Oscar for his contribution to the song “Raise It Up” in the film August Rush. He has been featured in the New York Times, ABC’s Nightline, HBO’s Def Poetry Jam, BET’s American Gangster, ESPN’s One Night in Vegas, VH1’s Lord of the Revolution, and Tupac Shakur’s The Rose That Grew from Concrete. He is the author of the interactive biography Tupac Shakur Legacy. Joseph is the co-writer and director of the feature film, Chapter & Verse and is featured in Stanley Nelson’s award-winning PBS documentary Black Panthers: Vanguard of the Revolution.

Joseph’s awards include the Actors’ Equity Association 2017 Paul Robeson Citation Award, a Cine Golden Eagle, a Black Filmmakers Hall of Fame Award, a Union Square Award, and an NAACP leadership award. He was also named one of the top African American educators in New York by the New York Daily News. He is the author of the interactive biography Tupac Shakur Legacy and has lectured and performed around the country in venues ranging from Fisk and Harvard universities to the Apollo Theater and Lincoln Center.

Panther Baby: A Life of Rebellion and Reinvention

Raising It Up: The Power of Art and Education in Young People’s Lives

Filming from the Heart: Finding the Truth of Character and Story

Jamal Joseph – Variety: Authorized Afeni Shakur Biopic in the Works, With Jasmine Guy and Jamal Joseph on Board

Jamal Joseph's speaking engagements are handled by the Hachette Speakers Bureau, a division of Hachette Book Group and an accredited member of the International Association of Speakers Bureaus. Contact us to learn more.