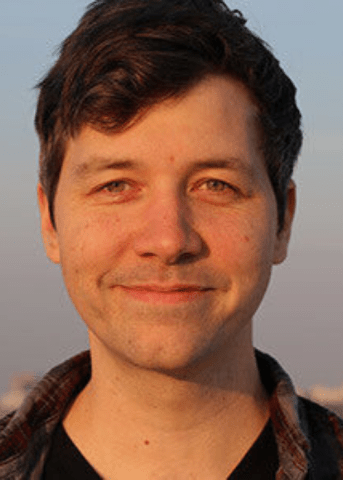 Dylan Thuras is the cofounder and creative director of AtlasObscura.com, the collaborative online guide to the weirdest and most wondrous places in the world that gets more than eight million visitors each month. He is also co-author of the #1 New York Times bestseller Atlas Obscura: An Explorer’s Guide to the World’s Hidden Wonders as well as Atlas Obscura Explorer’s Guide for the World’s Most Adventurous Kid and Gastro Obscura: A Food Adventurer’s Guide.

His pursuit of the unusual began as a teenager exploring obscure architectural wonders in the Midwest, and eventually took him to Budapest for a year to experience Eastern Europe’s fascinating locales. But it was one memorable moment while visiting a large, baroque, and totally deserted church in Bologna, Italy, that truly informed the rest of his adventures. Thuras noticed a strange little side door and a buzzer on the wall. He rang it, the door slid open as if by magic, and he found himself face-to-face with St. Catherine of Bologna, a 500-year-old relic/mummy seated on a golden throne and surrounded by the bones of other dead saints. “It’s always worth investigating the strange little door,” says Thuras—which may be just down the block. “It’s easy to get local’s blindness, but if you make yourself get out there, you’ll find stuff. That’s the idea behind Atlas Obscura—that within a couple of miles of you there’s probably something pretty awesome.”

In partnership with writer and fellow travel enthusiast Joshua Foer, Thuras created a way for curious travelers to find and share the hidden wonders of the world. In 2009, AtlasObscura.com was born—a comprehensive database created by a global community of explorers. Whether on the other side of the globe or around the corner, Atlas Obscura collects rare and astonishing attractions and curious food discoveries. From natural wonders like the dazzling glowworm caves in New Zealand to architectural marvels including the M.C. Escher–like stepwells in India and culinary oddities like beer made from fog and spicy chutney that includes red ants, Atlas Obscura is for anyone inspired by the unique and off-the-beaten-path discoveries that this planet has to offer.

For speaking engagements, Thuras can customize his talk to include the location and/or personal interest of his audience. He has spoken at conferences around the world, including SXSW, DMAI, the Circumnavigators Club, Applied Brilliance, the New Yorker Festival, Explorer’s Club, TEDx, and the Congress for Curious People in Madrid, about discovery, wonder, and the changing nature of travel.

The life-changing effects of traveling to the strange, often overlooked yet most fascinating places in the world

Magic in the Mundane

How even the most humble places hold the seeds of wonder, and why wonder and curiosity matter more now than ever

The Modern Adventurer as Storyteller

Smartphones, Google, and what it means to be an explorer and travel writer in the age of information

Seeing Your World Through New Eyes

Through the Hidden Doorway

Exploring the world through edible curiosities

Dylan Thuras – Parade: 25 Must-See Museums and Attractions to Visit in 2022

Dylan Thuras – The New York Times: A Journey to the Farthest Reaches of the Food World

Dylan Thuras' speaking engagements are handled by the Hachette Speakers Bureau, a division of Hachette Book Group and an accredited member of the International Association of Speakers Bureaus. Contact us to learn more.