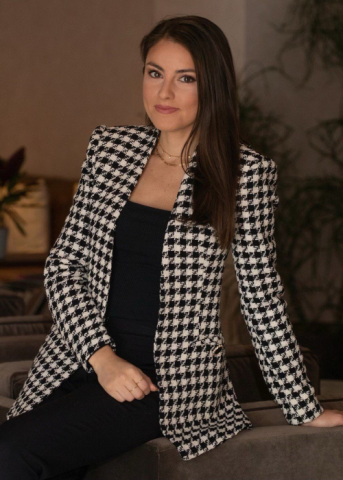 Daniela Pierre-Bravo is a formerly undocumented citizen turned bestselling author, speaker, and successful TV journalist. After landing a coveted spot in the NBC Page Program, she became a producer for MSNBC’s Morning Joe as a DACA recipient and later an on-air reporter. In her capacity as a journalist at a top morning news show, she’s interviewed celebrities and politicians including Vice President Kamala Harris, tennis star Serena Williams, Secretary of State Madeline Albright, actress Eva Longoria, and fashion designer Rebecca Minkoff. A former Cosmopolitan magazine columnist, Pierre-Bravo’s writing has covered topics such as career advice, mental health, and financial wellness, with an emphasis on women of color. Her work has been featured across a broad range of top-tier media outlets including the Today Show, CBS Mornings, Telemundo, Forbes, Cosmopolitan, New York Magazine, Refinery29, and more.

Her first book, co-authored with media host and bestselling author, Mika Brzezinski, Earn It! Know Your Value and Grow Your Career, in Your 20s and Beyond is an essential guide for college graduates embarking on their first career, with plainspoken advice about landing a job, establishing a personal brand, and navigating salary conversations. In 2022, she debuted her new book, The Other: How to Own Your Power at Work as a Woman of Color, sharing her story of being an undocumented immigrant from Chile, how to turn life’s disadvantages into advantages, and how all women, particularly women of color, can harness the power of diversity to set their own course for success.

Pierre-Bravo is a sought-after speaker, moderator, and panelist at both virtual and in-person events. She frequently shares her personal journey as an undocumented citizen and helps audiences unlock the strategies she uses to advocate for herself and manage her mental health. She’s a popular speaker at corporate, conference, and college events on topics of women’s empowerment, millennials and GenZ in the workplace, financial wellness, and diversity and inclusion. Magnetic, inspiring, and engaging, her recent speaking appearances include #WeAllGrow Latina Summit, co-moderating Forbes’ 2019 Republican Presidential Debate, Bloomberg Forum on Workplace Culture in New York City, Nuveen, Color Comm, Miami University, George Mason University, and the University of Texas at Austin.

Pierre-Bravo says, “finding your voice is all about finding your value—what you bring to the table and your skills.” In this moving and personal talk, she takes audiences on her journey as an immigrant from Chile arriving in the United States as a young child with her four siblings, to finding out about her undocumented status while in high school and how she navigated her tricky, emotional, and highly politically charged upbringing. Pierre-Bravo shares her experiences as a DACA recipient, how she’s climbed the corporate ladder as a successful Latina woman, and her advice to future generations.

The Other: How to Own Your Power at Work as a Woman of Color

Women of color and children of immigrants often experience false feelings of inadequacy in traditional workplaces that cause them to adapt “a keep your head down” mentality that can lead to being overwhelmed, overworked, and overlooked when bigger roles come around. In this prescriptive talk, Pierre-Bravo gives audiences actionable advice about how to harness the power of diversity and inclusion in the workplace to replace the traditional white gaze of success with a framework that offers career advancement without a loss of self-identity.

Earn It! Know Your Value and Grow Your Career, in Your 20s and Beyond

In this talk, Pierre-Bravo shares her advice for starting a career on the right track. From landing a job, navigating the new world of work, cultivating your own personal brand, and knowing your worth, she delivers practical advice from the vantage point of someone who achieved success despite the odds being stacked against her. Insightful and inspiring, this talk is perfect for recent college grads and those entering the workforce for the first time.

Daniela Pierre-Bravo – NBC News: This Latina reporter and author urges women of color not to ‘lose sight of our own value’ 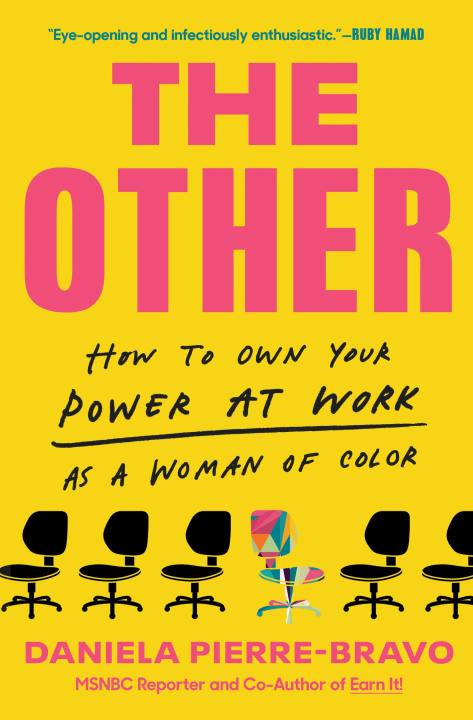 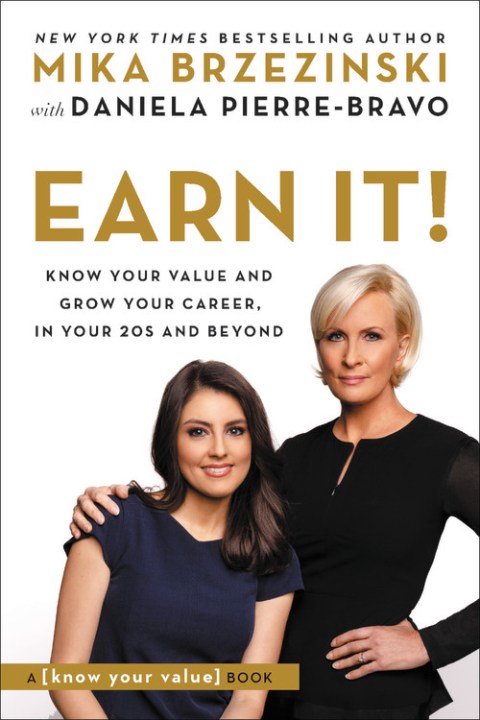 Daniela Pierre-Bravo's speaking engagements are handled by the Hachette Speakers Bureau, a division of Hachette Book Group and an accredited member of the International Association of Speakers Bureaus. Contact us to learn more.